“Do you, as a muslim, eat pork? Do you drink alcohol? No, of course not, because these things are haram. But you do wear fur? This is also haram! Why?”

Why is wearing fur haram?Media

Why is wearing fur haram?

It is within the islamic teachings:

-Only permitted to use the skins and furs of the domesticated cattle, who either die their natural death

-or are slaughtered for food.

-Haram (forbidden) to use the skins and furs from any animals whose meat cannot be eaten, because

-they are only used for adornment and showing off .

It is hard to understand why some Muslims feel that wearing fur for the sake of fashion is acceptable.

Although fur is legally permitted in Islam when it is required for warmth – as used by those in war-ravaged countries-or when it is used as a byproduct of certain cultures’ indigenous lifestyles, the practice of wearing fur as a luxury item is against Islamic teachings.

In olden days, for example, furs and skins were a necessity. Even the Qur’ân Majeed mentions the animals as a source of warm clothing (Qur’ân 16:5). However, this refers only to the skins and furs of the domesticated cattle, [who] either die their natural death or are slaughtered for food. There are millions of wild animals being killed these days commercially just for their furs and skins, while their carcasses are left to rot. Only for people to wear these clothes for showing off, which is haram.Fourteen centuries ago

Ahadith:
The Holy Prophet Muhammad prohibited the use of skins of wild animals. (Abu Dawud and Tirmidhi)

The Holy Prophet forbade the skins of wild animals being used as floor-coverings. (Abu Dawud and Tirmidhi)

The Holy Prophet said: ‘Do not ride on saddles made of silk or leopard skins.’ (Abu Dawud)
Most conscientious Muslims and Muslim scholars agree that fur is un-Islamic. However, many are still unaware of the cruelty that is inherent in fur production and believe that fur is a permissible “fabric” for clothing. It is the duty of Muslims who know the truth about fur to inform the Muslim Ummah about the issue.

It is important to note that the first Hadith covers all wild animals. The reason why leopard skins have been mentioned specifically could, perhaps, be that the Holy Prophet might have seen someone using a saddle of leopard skin. Similarly, the specific mention of floor-coverings and saddles does not mean that they could be used for other purposes.” 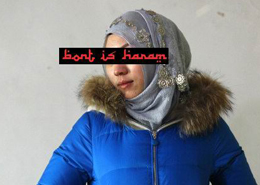 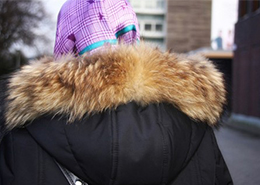 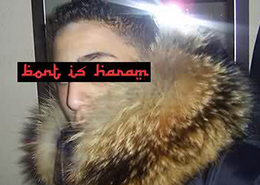 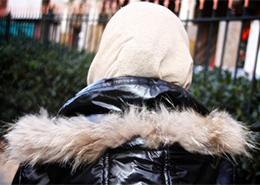 How to recognise real fur?

In this video they will explanain how you can see the difference between real and fake fur.

The video is made by Bont van Dieren. 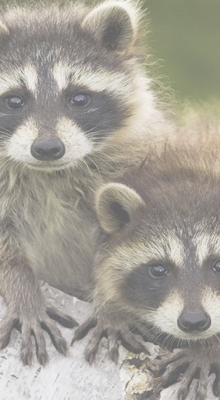 All these practices are against Islamic teachings:

As cruelty to animals is a serious sin.

It is the duty of Muslims who know the truth about fur to inform the Muslim Ummah about the issue.